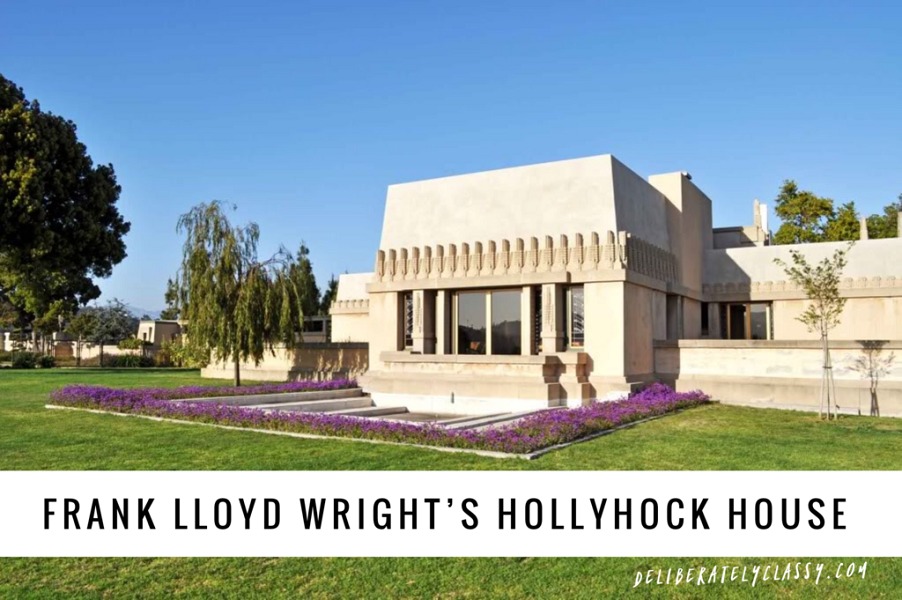 My cousin Leah was coming to town to celebrate my birthday. Do you have those cousins that you just have always had a connection with? Like years pass, but if you put us together it is like we are the best of friends? That is us perfectly described. Leah is a 30-year spitfire, from a little Oregon town the size of our local high school. No seriously, she mentioned she only has 2 street lights in her town and the closest Target, is an hour drive. This way of life is so hard to understand growing up in LA. Anyways, I was tasked to plan an LA adventure us.

Living one hour north of LA, you would think I would know what to do with an out of towner, but I really didn’t. With a little help from my assistant, Google, I mapped out a perfect day. Our first stop was to The Hollyhock House by Frank Lloyd Wright in East Hollywood. A hidden gem that I had no idea even existed! Bonus: You can see the Hollywood Sign & Observatory from there too! The house in the middle of a park and get this, you don’t have to pay to park! However, you do need to fork over $7 to do an inside tour of the home. You are not allowed to take pictures inside the house, but you know I found some anyways to share with you all. 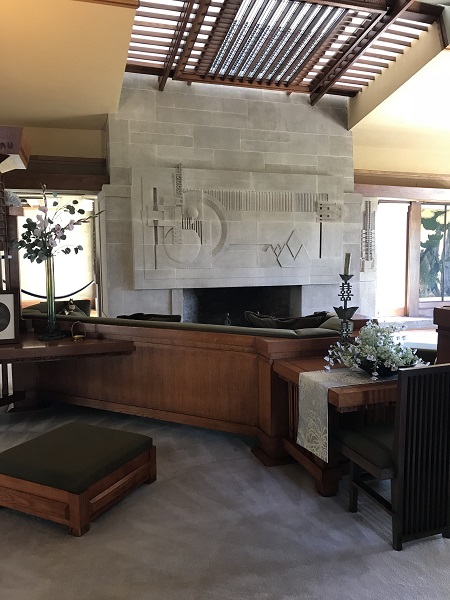 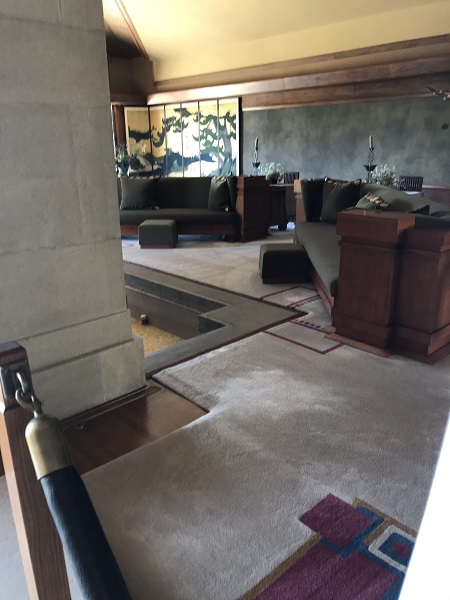 The house was built for Aline Barnsdall, an oil heiress who eventually donated the home to the city in 1927. Some say that Frank Lloyd Wright homes are better as aesthetic work than a livable dwelling, I don’t know if I agree, the inside of this house is awesome. The house was completed in 1921 and had (at that time) a state of the art water tunnel to circulate the houses water supply. Note the cool moat surrounding the fireplace, that was the center point for the water system.

The heiress loved the Holllyhock flower which was the central theme to the house, incorporated into the architecture, glass art windows and the décor.

After that we did a quick coffee stop then headed over to the Hollywood Walk of Fame. We went & checked out the area where some of the greats put their signatures, handprints & footprints in the cement. 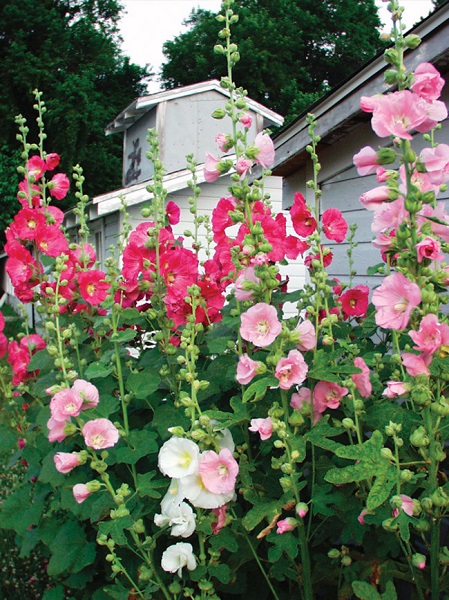 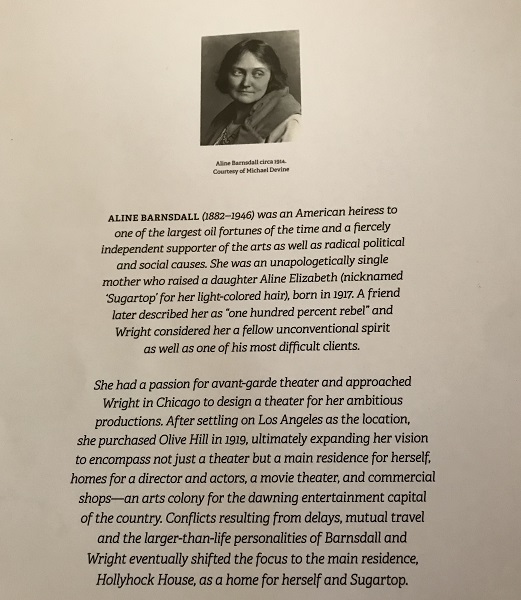 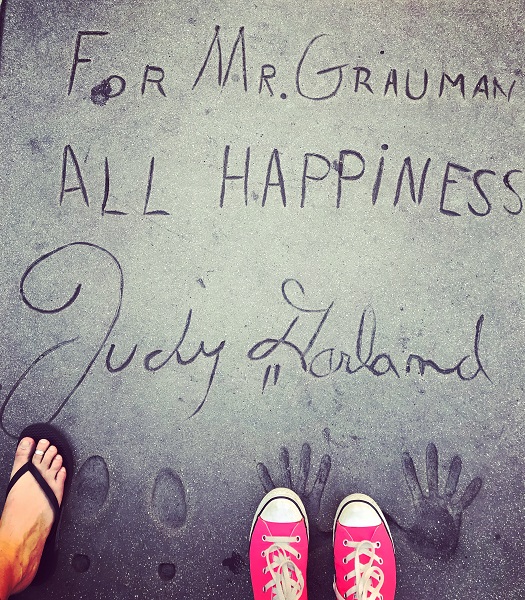 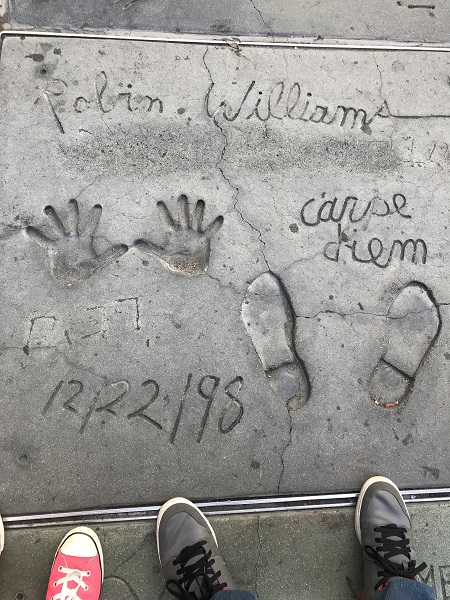 Next we walked the walk of fame to one of the oldest restaurants in Hollywood, Musso & Frank Grill. We had a quick drink in their bar, where they make your drink with the same style they did when they opened in 1919. Such a cool place to check out, make sure you go in the back and take pictures in their old school phone booths!

After some shopping we headed to Downtown LA for an early dinner at Bottega Louie. On our way we ran into a movie set in the middle of downtown, which she thought was the coolest thing. They said they were filming a movie called, Rag Tag. 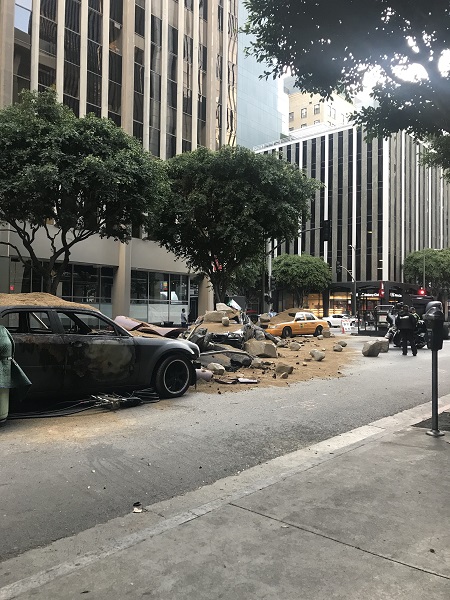 After that we were going to going go to the Observatory, but we made a last-minute decision to go to the Getty. The timing was perfect that would see the sunset and then be able to check out the museum. Funny story, remember my cousin Leah from her little town…. We are walking through the exhibits & I ask her something like, how does this compare to the museums you have been to in the past? To which she replied, with all seriousness, ‘I have never been to a museum’

Opps, I guess I really ruined it for her future museums experiences. Please share any fun must visit places you would take an out of towner to in your local area! 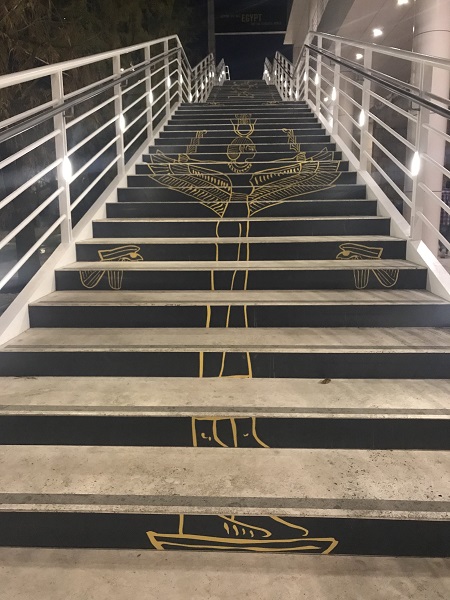 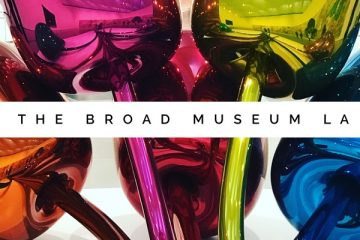 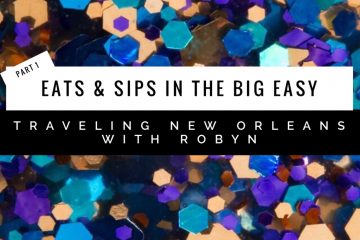 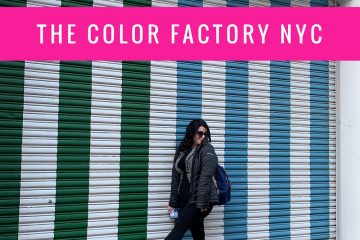 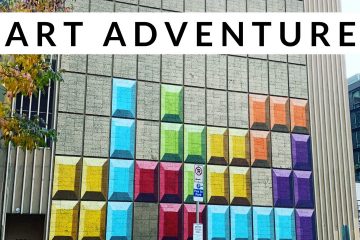 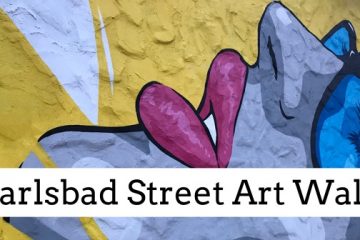 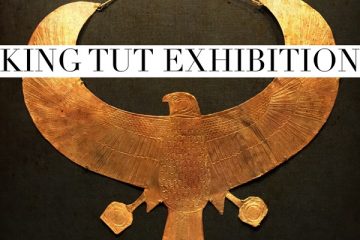 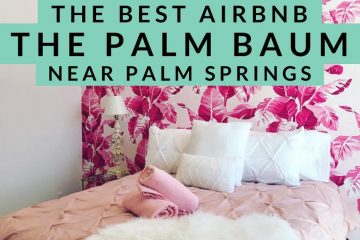 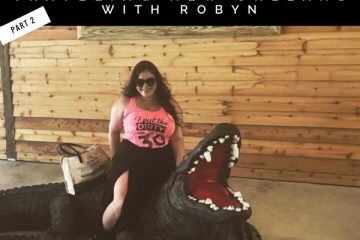